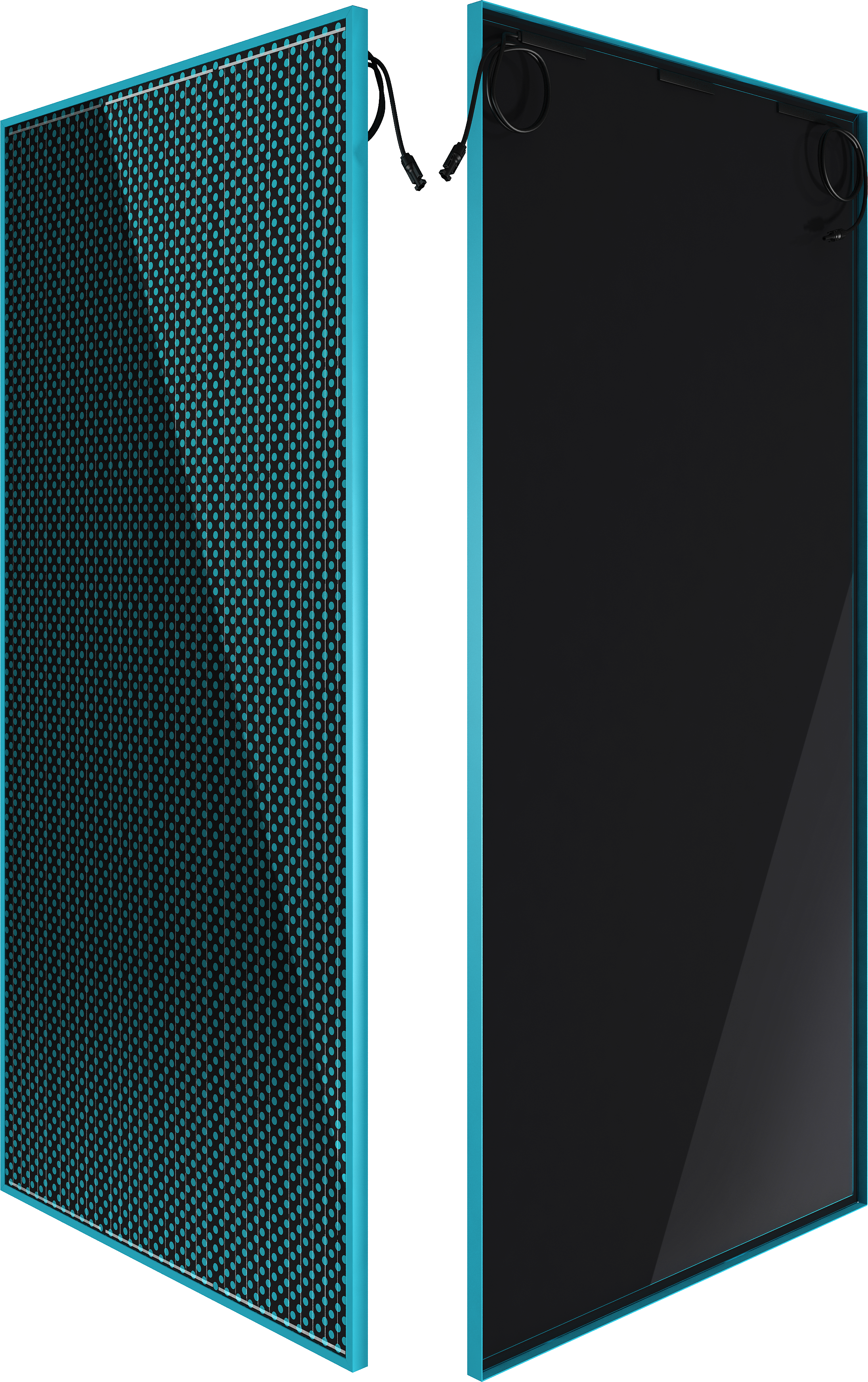 PV module’s nominal power is 395W, standard module measure 2004 х 1048 х 46 mm and can be customized in color and structure following the contemporary architecture trends. The device has an open-circuit voltage of 53.18 V and a short-circuit current of 9.21 А.

BIPV can be installed up to 150m above the surface, minimum service life is 30 years, operating temperature ranges from -40 to +85 C°. The modules come with a 30-year PV module performance warranty and 50years BIPV solution warranty.

The price of 1m2 of Hevel BIPV is comparable to middle-range hinged ventilated facades however PV-generation capacity allows to return the investment in several years by saving on electricity costs. Hevel BIPV modules have passed comprehensive testing in seven national independent accredited laboratories. The results of every test were positive, allowing BIPV to be used in any type of building. Utilizing BIPV in construction allows not only to significantly decrease electricity costs but also to certify the building under international LEED, BREEM, GREEN ZOOM standards.

Hevel views BIPV as a potentially fast-growing market to the first extent in densely populated cities where areas for ground-mounted installations are limited and roofs of high-rise buildings are occupied by air condition and ventilation systems. This means that facade surfaces become increasingly relevant to the height of a building: exploitation of all buildings’ outer surfaces is necessary also for optimizing land use.

With new “nearly zero energy buildings” regulations coming into force at EU level, the European market can achieve two-digits grow numbers and 500 million euro capacity. Hevel will continue to target the countries where its modules and cells are already being shipped. The company’s top export markets by shipment value are Poland, Austria, India, Germany, Japan.

Buildings alone are responsible for 36% of global final energy consumption and nearly 40% of total direct and indirect CO2 emissions. Hevel Group, the European leading manufacturer of HJT cells and modules, sees Building-integrated PV as one of the most promising niches for HJT technology in the European and international market since façade-PV solutions fully meet the European building sector obligation to reduce GHG emissions by 90% by 2050.