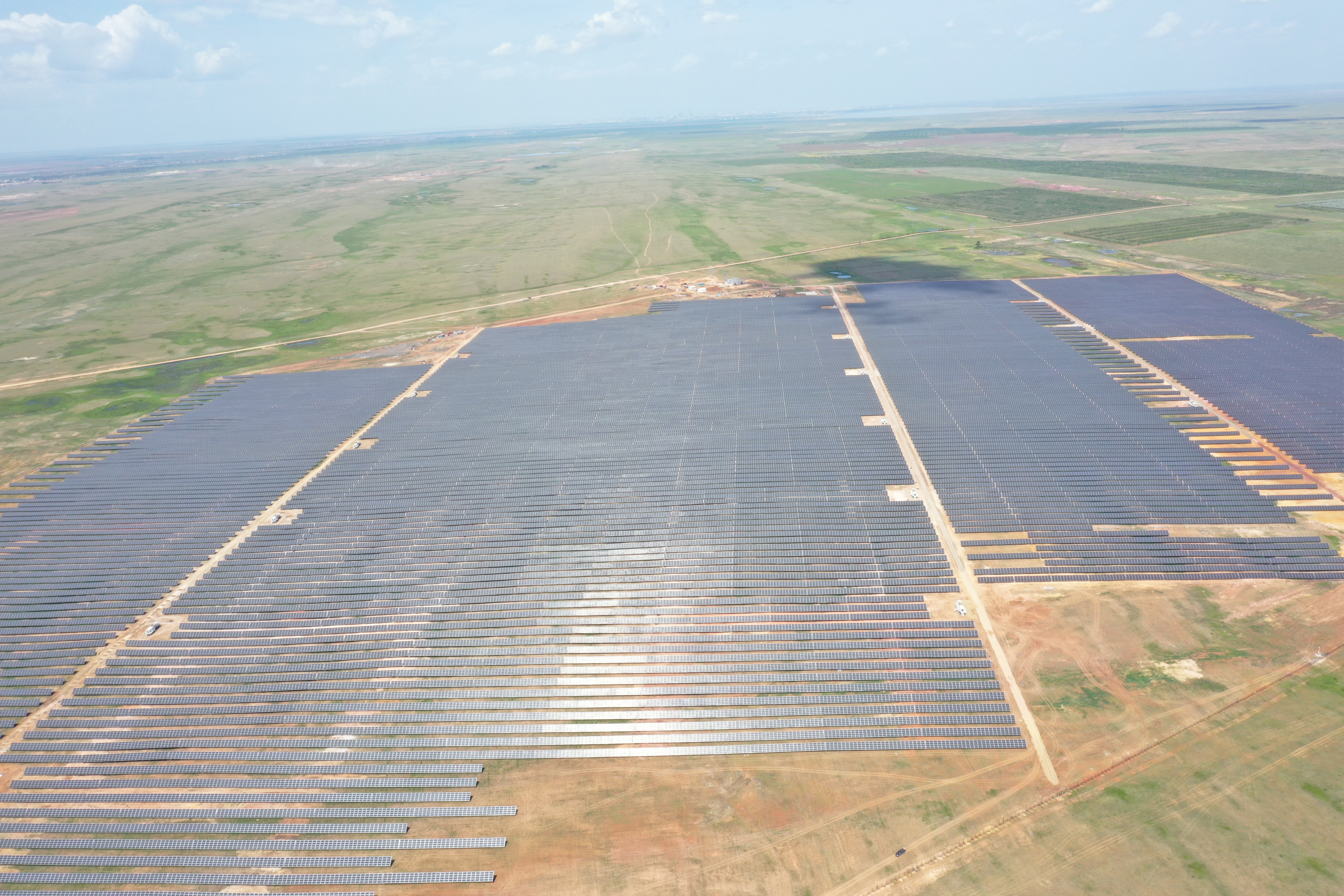 The newly commissioned Nura solar power plant with the installed capacity of 100 MW is one the largest SPP in the CIS region. Nura is the first SPP project commissioned by Hevel outside Russia.  The construction and implementation of the SPP were financed with the support of the Eurasian Development Bank (EDB).

The PV plant covers an area of 300 hectares and is comprised of 268 thousand solar modules. Hevel’s own heterojunction (HJT) bifacial PV modules were employed in the project. This module range features the best temperature coefficient (-0.31%/degC) and bifaciality factor (up to 90%) among the commercial PV technologies currently presented in the market. The bifacial gain combined with the intrinsic features of HJT technology will allow to achieve better output, especially in the hot climate conditions.

“Nura SPP is our biggest project and Hevel’s first experience of working outside its domestic market. The plant was constructed in the shortest time (6 months) despite difficult weather conditions. The annual output of the SPP is estimated to reach 150 million kWh, which will help to prevent the emission of 79.5 thousand tons of carbon dioxide. Electricity provided by the plant will be fed into the United power system of Kazakhstan, improving the power supply of Akmola region”, said Hevel Group’s CEO Igor Shakhray.

This year the company is aiming to finish construction works at six solar power plants with the total capacity of 137,9 MW in southern regions of Kazakhstan.