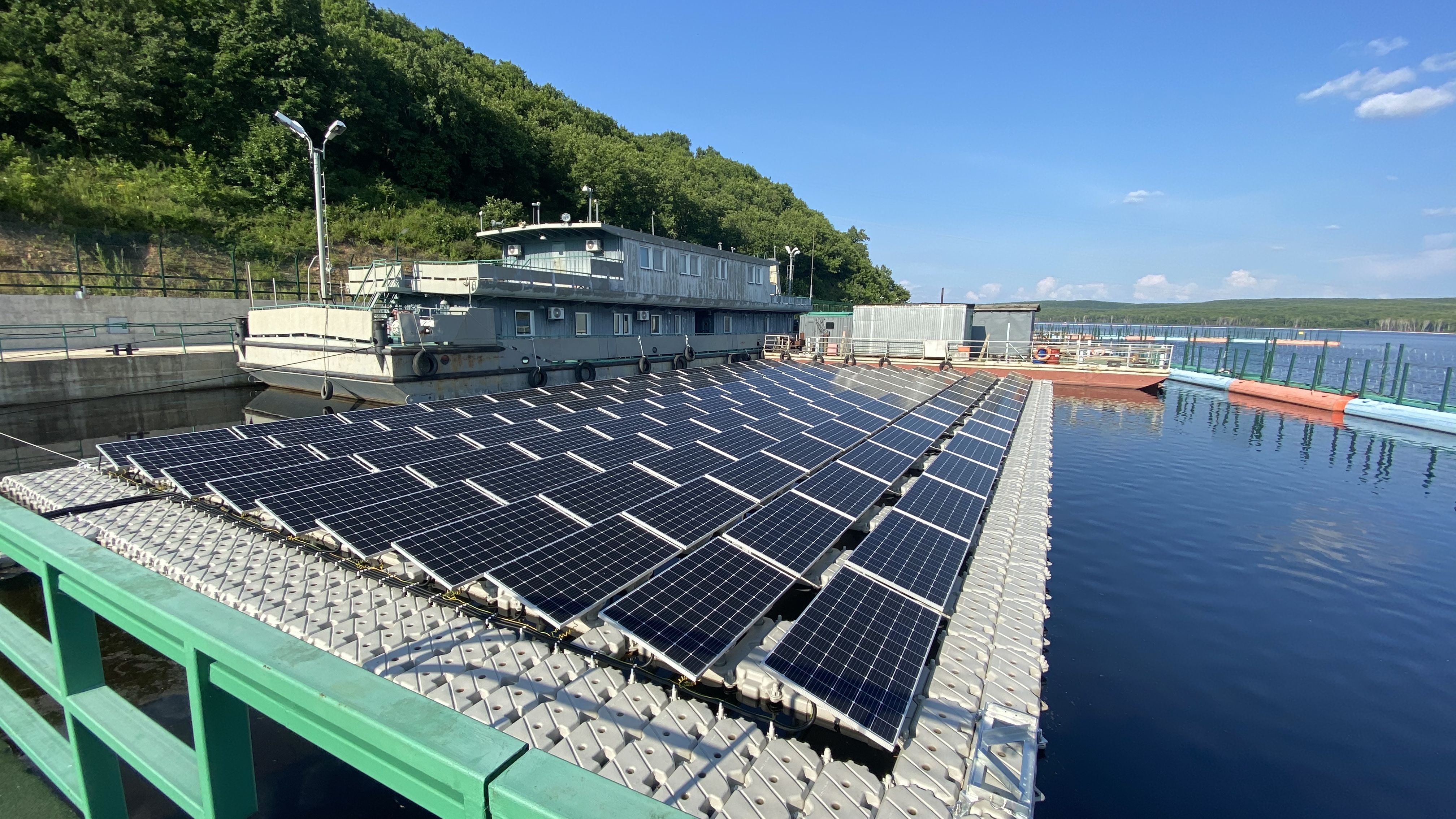 Hevel Group completed construction of the first floating solar power plant in Russia built on a reservoir at the largest hydropower plant in Far East region.

140 solar panels are mounted on pontoon-type floats. The system’s flexibility is ensured by a special connection scheme of floating modules and designed to withstand several meters in water level differential and waves.

Special construction of buoyant pontoons reduces construction time and increases its mobility. The PV plant can be dismantled in the shortest period and transported to any part of the reservoir.

The floating solar plant can feed into the grid or be operated in stand-alone mode due to installed storage batteries. The annual output of the plant is estimated at 53,5 thousand kWh.

Hevel commissioned first stage of the 1.2 MW solar plant at the site of the SPP in December 2019. In July 2020 Hevel Group and PJSC RusHydro announced end of the power plant performance testing. In six months PV system generated 558,7 thousand kWh. The SPP covered significant amount of the hydro power plant’s electricity demand that helped to increase the net electricity supply into the grid and improve the efficiency of the HPP.